How to Season a Cast Iron Skillet Plus Cleaning Tips 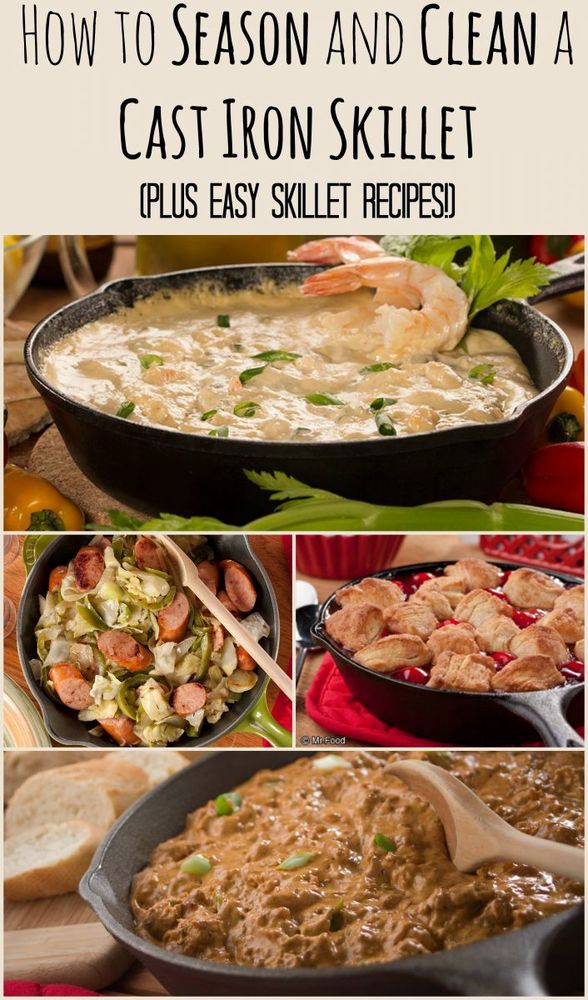 Cast iron skillets are such a great tool to have in your kitchen.  They're extremely durable, easy to use, and so versatile; you can make anything from Ground Beef Fajitas to Apple Pie on the Grill. Cast iron is one of those kitchen essentials you can have for decades to come, so long as you care for it properly.  Properly caring for cast iron, just like caring for your knives, will ensure you get the best possible use from it for a long time. Think about how nice it is to be able to pass down your skillet and the delicious recipes you've made over the years to your loved ones!  In the video below, Howard shows us how to season a cast iron skillet, and how to clean cast iron in just a few easy steps.

Check out our video and tips on how to season cast iron and how to clean cast iron. Then get to your kitchen and whip up some of our favorite Easy Skillet Dinners!

My mom always washed her cast iron skillet with soap and water. Dry on stove at hi heat then apply veg. oil to hot skillet (I use a folded paper towel to apply thin coat). Never had any problems with sticking.

I love cast iron and I used to season mine and never used soap on them. I just cleaned them after each use like this how to video shows. I would love to be able to use cast iron cookware again, but now that I'm retired with arthritis, they are just too heavy! Darn!

Our Flank Steak Pinwheels are a mouthwatering, savory meal you can use for so many occasions! It's perfect for a romantic candlelit dinner on date night, or as a Sunday supper after church! Not only does it taste amazing, but it looks like it came straight from the restaurant!